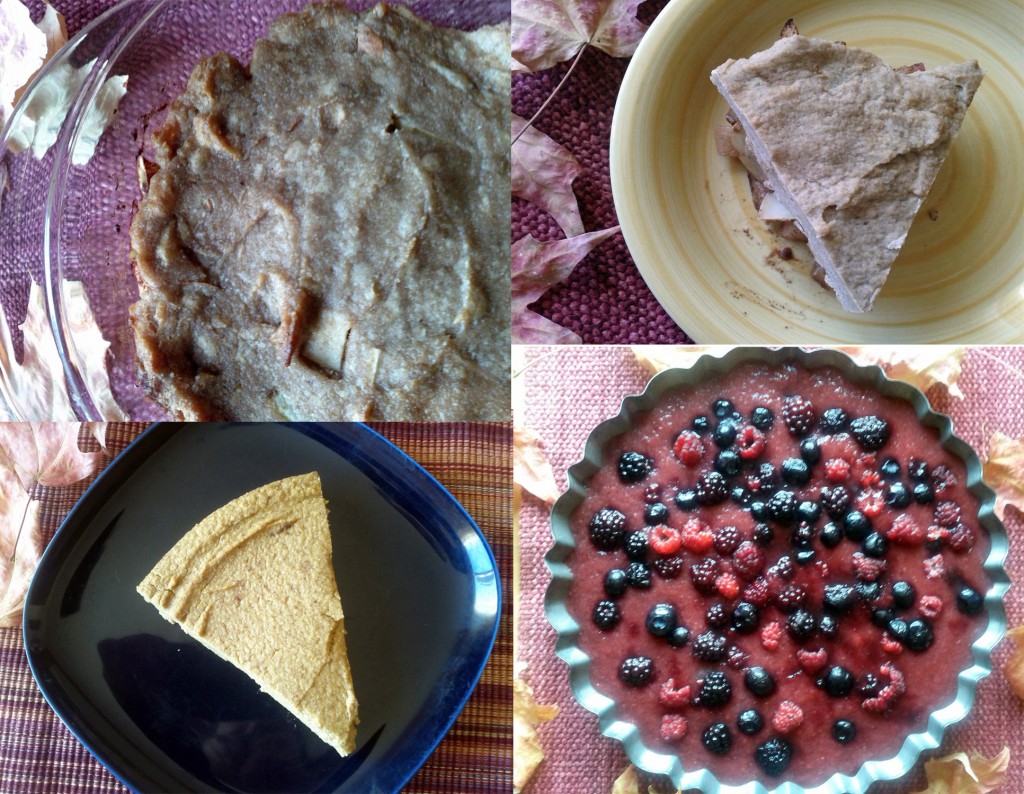 Thanksgiving is only a week away!  I’ve been enjoying working on a new menu planner that is autoimmune friendly and works with Dr. Kharrazian’s autoimmune diet protocol.  My family has also been enjoying it because I have had to test a lot of recipes, especially this new apple pie recipe.  It took me a few times but once I got it right, my husband just about devoured it.

Did I mention that the apple pie and all the other recipes on this menu planner are free of grains, dairy, nuts, eggs, seeds, sugar, and sweeteners other than low-glycemic fruit and some stevia?  My husband loves (regular, gluten and sugar-filled) apple pie so he was the ultimate taste tester.  I actually can’t believe he loved it so much! 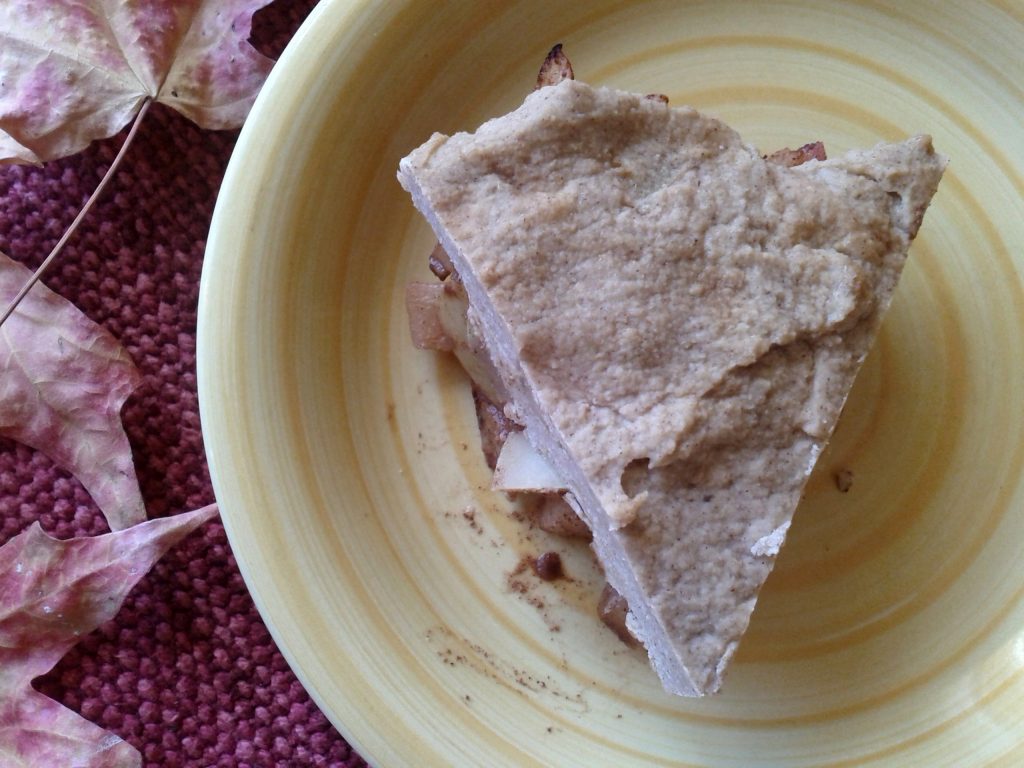 1.  Preheat oven to 350 F.  Place the jar of creamed coconut in a bowl of boiling water until soft.  Or, scoop out 2/3 cup creamed coconut and heat in a small saucepan over low heat.  Watch carefully as it will burn.  Remove from heat once it is soft.

2.  Peel and slice the apples.  Place them in a bowl and add the lemon juice and spices.  Stir until well combined.  Place into a pie pan, spreading them evenly over the bottom.

4.  Add the gelatin to a small bowl and add the cold water to it.  Stir well.  Add the boiling water and stir until clear.  Add this mixture to the apple-coconut mixture.  Stir mixture well.

6.  Place in the oven and bake for 30-40 minutes, or until crust is golden and firm and the apples are cooked through.

7.  Crust will be very soft when first out of the oven.  Pie crust will become more firm as it cools.  Enjoy! 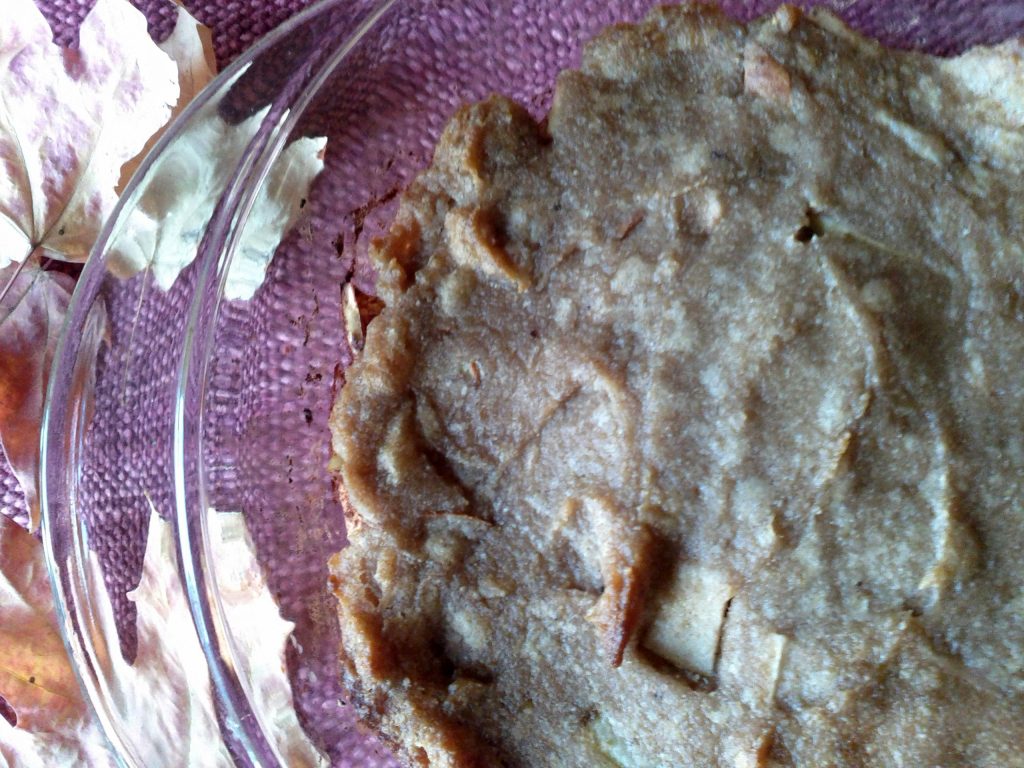 Here is the line-up of the new autoimmune Thanksgiving recipes.  All recipes are free of the following foods: 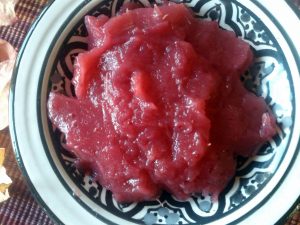 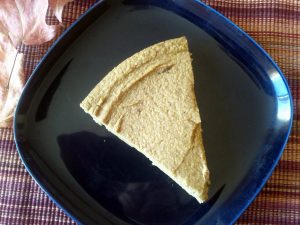 Desserts:  All desserts are free of nuts, eggs, seeds, sugar and other sweeteners except low-glycemic fruit and some stevia. 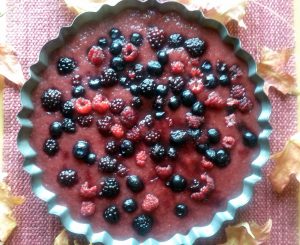 Berry Pie (again, we aren’t crust fans but this pie can easily be made with the coconut crust)

What does the menu planner include?

The new Autoimmune Menu Planners along with the Autoimmune Thanksgiving Menu Planner are all available on the membership site.  To access the menu planners, please become a member to the site.

I hope you enjoy this apple pie!  Happy Thanksgiving! 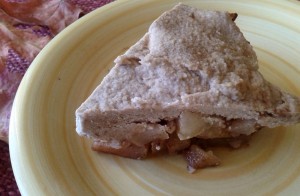 You can access the Autoimmune Thanksgiving Menu Planner on the membership site along with the following other holiday menu planners: