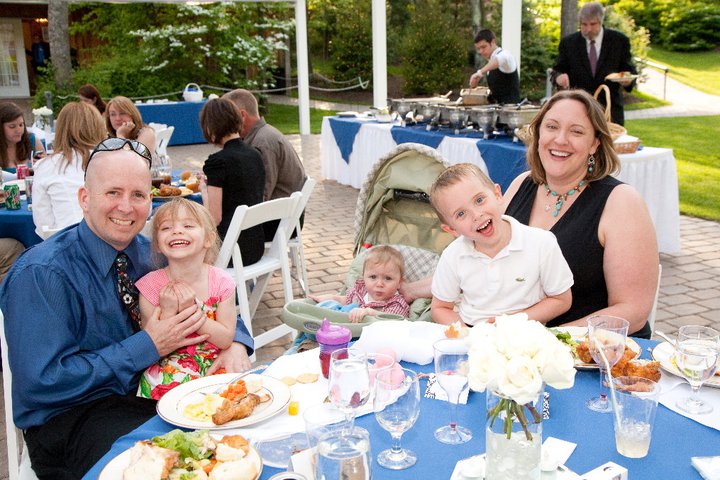 "Happiness is not a state to arrive at- but a manner of traveling." --Margaret Lee Runbeck

If there is one thing that life has been teaching me this year, it has been about how to accept the hard, painful things in my life, as well as the beautiful and amazing moments.

No matter how much I try to avoid it, the hard stuff of life is inevitable.  I am starting to understand that it’s what I do with the hard stuff that makes the difference.

Do I try to shove it aside and try to make it go away?  Deny it by watching TV or staying too busy?  Or, am I able to be present with it, even for a moment?

This isn’t easy, but I am starting to see that this is where the miracles happen.

This week I learned about a family whose daughter attends my son’s preschool co-op and who is truly having a hard time.  My normal response in the past would probably have been one of sadness, but also one of – “Well, what can little me do about it?  Plus, I have x, y and z going on in my life,” etc.

My heart said something different.  I want to help them and somehow I was shown a very easy way to help them.  And I’m going to make it easy for you to help them too.

My hope is that your heart will be touched by their story and you will want to help too – even if it is simply sending them loving thoughts.

About the Smith Family:
I have only recently met the Smith family and am most acquainted with their preschooler, Cilly (short for Celilia).  Her bright eyes catch anyone’s attention and she is truly a sweet little girl.  She also has two brothers, one year old Neil and 5 year old Aiden.

The long and short of their story is that Cilly’s father, John Smith, had brain surgery last year for a malignant tumor.  Unfortunately, the doctors discovered this fall that it had grown back, and he had a second brain surgery this past October.

Because John is in recovery, Sabrina, Cilly’s mom, had to take time off work.  With three kids to feed and no income, they have been very strapped financially.  I was told that they currently cannot pay their rent.  They also need to fix their van and pay for basic needs on a day to day basis.

Beyond that, Cilly’s tuition for school needs to be paid in some way (the school is working on a scholarship fund for her) and of course, the Holidays are coming.

Below is Sabrina’s story:
John and I met when he did a trampoline show at the school where I was teaching in Charles County in 2001. We were married May 1st 2005 at Thorpe Wood Environmental center in Thurmont MD. Aiden was born March 2, 2006, and we added Cecilia Justine to our family tree on July 18, 2008. Our third child, Neil, was born on August 29, 2010 through my 3rd Cesarean section, rounding out our family.

When Neil was only two months old, John was bothered by a headache that was minor, but persistent. Our G.P. saw him and sent him to get an MRI. On those black and gray films, we saw the 4 cm mass in the right temporal lobe of his brain and began to panic.

Two days later, on Friday, my father-in-law, John, our three little kids and I were at Washington Hospital Center. Dr. Aulisi, the surgeon who treated Ted Kennedy (who died of the same cancer my husband has) looked at the films and in John’s eyes and told us that a biopsy wasn’t necessary.

He immediately admitted John to the hospital, put him on steroids to reduce the swelling in the brain with the hope of avoiding seizures, and scheduled him for brain surgery on Monday.

Meeting with Dr. Aulisi post-surgery and discussing the pathology, I asked what the median life span was for someone with this type of cancer, a Glioblastoma Multiforme. He had given us this information for Grade 2 and 3 tumors, but not this one, not the grade 4. Turns out, the median life span is 52 weeks.

My world spun out of control, things lost focus, and I seemed to lose the knowledge of how to breathe. My thoughts were simple: Neil may not ever get to know his father. In a panic I left the hospital room, the tears welling, falling, speeding, to find a window, some connection to the world outside.

But my husband, who does fire dives, raced street luge, roller bladed down stairs, the man who hid my keys the first night we had an honest to goodness fight so that I couldn’t leave, he doesn’t do things that fall in the medians.

He qualified for a study at NIH and went right from surgery into an aggressive radiation and chemotherapy treatment. The drugs made his white blood counts drop severely so that portion of his treatment was cut short, but he handled the radiation well and went the full course.

He then went almost a year with no re-growth. Just about the time we were organizing a list of people to invite to a personalized version of a Day of the Dead/One year without a tumor party, the doctors put up another black and gray film and told us it was coming back.

October 19th 2011, he had his second brain surgery, this time at NIH. His 3 week post-op MRI scan already shows a small nodule that may very well be tumor re-growth. He will start taking a phase 1 experimental drug and continue taking it for one month before getting scanned again. The hope is that this medication will attack the proteins the tumor needs to grow. So now we wait.

How you can help the Smith Family AND receive the Thanksgiving Menu Planner, Holiday Menu Planner and Just Desserts e-book for FREE ($20.85 value):

Donate to the Smith Family:

Thank you in advance for your generosity.