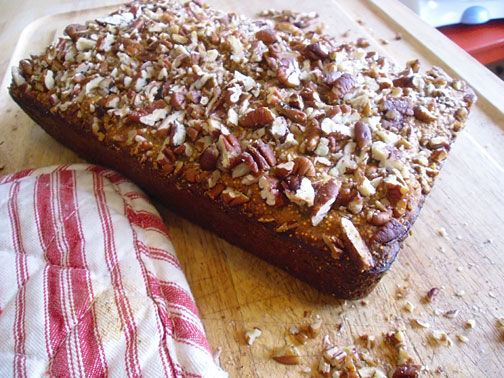 But what if it doesn’t turn out?

I am usually a very experimental cook, but I do find myself stalling sometimes; stalling to try something new in cooking or baking.  The reason is simple; it’s entering into the territory of the “unknown” and that little question, hiding in the background, seems to take precedence over my best intentions sometimes.

The little question?  “But what if it doesn’t turn out?”  For some reason this stops me, and many others, from trying something new and dabbling in a little creativity.  Our minds simply don’t want to deal with the risk that something terrible might happen if we actually get up the nerve to try coconut flour or egg-free baking.

And if we really think about it, the worst that can happen is that something doesn’t turn out and we are left with a pile of tasteless crumbs.  Or maybe they are tasty crumbs that need to be eaten with a spoon.  Either way, if we actually face this question straight on, we see that it is just a small part of ourselves that is a little afraid of something new.  And that’s okay, because we all have a comfort zone that is, well, comfortable.

But what happens when life hands us a different set of cards and we find ourselves with less ingredients to work with because of an allergy or condition that limits a food group from our diet?

I have always loved eggs.  They are great protein and fill my tummy up very well if I have them for breakfast.  I even gave egg yolks to my son starting at 6 months old because they “supply cholesterol needed for mental development as well as important sulphur-containing amino acids.”  I used all organic eggs from pasture-raised chickens, which are rich in omega-3 amino acids.  These fatty acids are essential for the development of the brain and are also found in mother’s milk.  I learned this from Nourishing Traditions by Sally Fallon (pg.600).  Egg whites however, should be avoided in a baby’s diet until at least one year of age because they can cause an allergic reaction if introduced too early.

However, though not officially tested yet, Elijah breaks out around his mouth now, even after eating just an egg yolk, even worse if he has egg whites.  So, while I have always been hesitant to use egg replacements, simply because I haven’t had a problem with eggs and because it is easier just to throw in an egg, I have started using some of the many concoctions that are great for replacing eggs in my baking.

And the foods I am creating egg-free are still turning out great!  In this week’s menu planner, I included a recipe I adapted from an Arrowhead Mills package of amaranth for Amaranth Date Pecan Bread.  The original recipe had wheat flour and eggs and butter in it (I used butter but you can easily use grapeseed, safflower or coconut oil) and I converted it to be egg, wheat, gluten and grain free.

At this point, it was almost a fun challenge to see if I could make it grain-free and still taste good.  So I made up a quinoa blend with tapioca flour and potato starch.  The result was surprising!  Chewy, a little crunchy, and sweetened with dates and honey, it was a real treat.  It was very yummy and even Elijah agreed.  It ended up being great as a snack, breakfast, or slightly sweet treat.

So next time you notice a part of yourself stalling in someway to try something new in cooking or baking, take a step back and just notice the question or thought that might be getting in the way.  Then tell it to take a break and have some tea and you’ll get back to it when you’re done with your little experiment.  (Or not!)  Even if something does turn out to be a flop, you will always learn something from it.  And the best medicine I’ve found for being disappointed with an experiment?  Laughing! 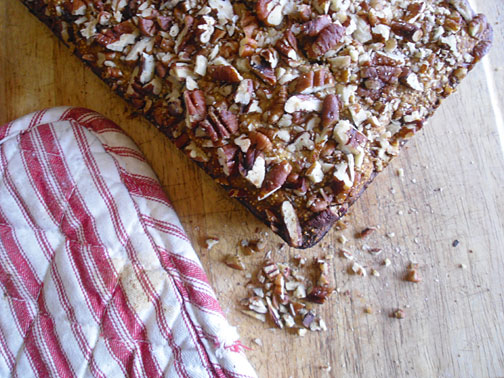 A reminder about egg replacements:
Use for 1 egg:

Steps:
1.  Preheat oven to 350 F.  Soak dates and amaranth in boiling water for 15 minutes.  Beat eggs (or use substitute), add honey and butter (or oil).  Stir in remaining ingredients, except for the nuts, mixing well.
2.  Pour into oiled loaf pan and spread chopped nuts over top.  Bake for 50 minutes – 1 hour, or until tester comes out clean. 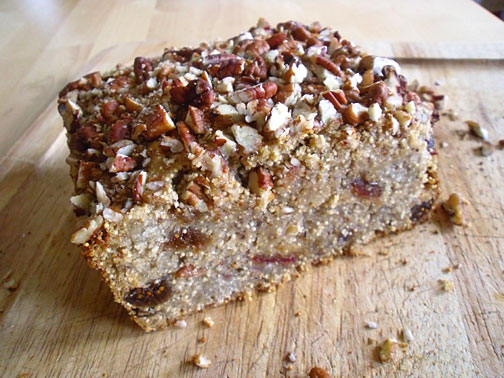 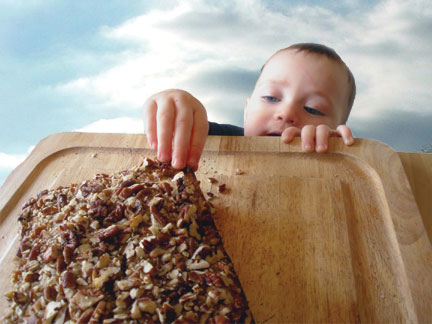 Elijah and the amaranth bread.  Yes, I was having fun with photoshop:)