A recap of my life over the past three years… 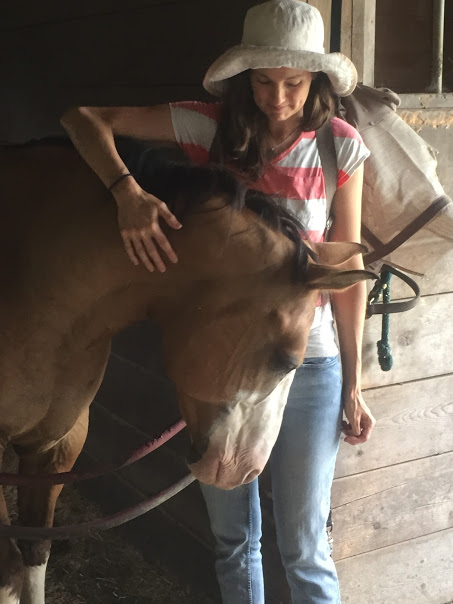 It’s been a long time since I have written about my process with my health, and there have been many times when I wasn’t even sure I was going to blog again. For a while, I was pressuring myself to blog and post recipes. But it was not coming from a place of really wanting to do it, simply trying to convince myself that I should.

That strategy has never worked for me.

And now I see it was not time yet for me to blog or share the details of my health journey with people in this way. It is like I have been in a incubator in order for me to recover and heal.

However, things have shifted in a big way for me and I have been feeling the spark to write again. But in a new way that reflects the changes that have occurred for me over the past few years.

I am not going to go into vast detail about what has happened in my life, however I want to give a rundown. I’d like to tell the “whole story,” but for now it is vulnerable enough for me to share these details of my life with you.

I separated from my husband three years ago on November 1st by my choice. Prior to that, I was deeply struggling with my physical and mental health.

I thought the doctor who I started seeing that year was going to help me with my symptoms but I ended up getting worse in a lot of ways.

This led to major depression, anxiety, cycling moods and eventually a Bipolar 2 diagnosis in June of 2014.

If you’ve been following me for a while, you may remember that I pronounced myself as having Bipolar in a blog post that I wrote in 2011.

However, when I actually was officially diagnosed with Bipolar 2, I felt like crawling into a shame hole. Actually no, I did crawl into a hole in a lot of ways. I eventually took these particular posts down, partly due to shame as well as realizing they were no longer accurate…

I do believe that sometimes things have to get worse before they get better and my extreme discomfort being in my body that year led me to seek out therapy.  I had all but given up hope in August of 2014 when I was drawn to a horse farm in Damascus, Maryland called Great Strides where they offer Equine Facilitated Psychotherapy.

I truly felt like this was my last ditch effort in a long of ways. I had tried so many things to feel better, but my hope had repeatedly been crushed.

What transpired at the farm was nothing short of magical as well as the hardest shit I have ever been through. After the first horse session, there was such a change in my being that I was able to instill much better boundaries where I had long needed them in my life. But this led to the breakup of my marriage with my husband. Even though I knew it was right, it didn’t make it any easier.

That fall, my therapist also un-diagnosed me with Bipolar 2 and instead said she believed that I had “withstood a significant amount of trauma in my life” which were causing symptoms that looked like Bipolar. She has never been one to put me in a box. So she has never labeled me with PTSD. Her stance is that we are bigger than our trauma or other diagnosis – we are people first and should not be defined by a label.

Even so, I fought against having “a significant amount of trauma” for months. I told her I still thought I had Bipolar for quite some time.

It was basically easier for me to accept a chemical imbalance in my brain that I could take a medication for instead of seeing that my symptoms were being caused by trauma.

Long story short, I did finally accept many experiences in my past that created trauma in my body and was able to heal from much of it through working with the horses and my therapist. (I make that sound so simple but really, it was a long and painful process.)

I also fell in love with the horse work and decided to become certified in Equine Facilitated Learning last year in 2016. The program I completed was called FEEL (Facilitated Equine Experiential Learning) and was at a farm called Horse Spirit Connections just outside Toronto, Ontario. Up until this point, I had not completed college or any other program I had set out to finish so it was a huge milestone for me.

I can’t begin to say how life changing it has been to work with the horses as well as become certified in FEEL and I hope to start writing about the details of working with the horses sometime soon.

This year however was very trying..I had finally begun the divorce process last October but it took until the Spring for the courts to get back to us. And then it took most of the year for the divorce to be final.

As of this past October, we are now officially divorced after being separated for three years.

I realized after it was over how much energy it was taking from me to be in limbo. And then I ended up getting very sick for a couple of weeks after it was all over and done with.

For most of this year, I felt like “I just had to get through.” Even two trips to the beach during the summer was not that enjoyable for me.

In hindsight, I now see that my adrenals have been very strained with all of the stress. Did I mention I also moved two times this year and purchased a house? While owning my home has been great and we now live very close to my son’s school, I wouldn’t recommend trying to get divorced, buy a house and move twice all within six months.

But now that I’m on the other end of things, having my divorce final, settling in and enjoying our new house, having a stronger network of support than I’ve ever had before and having healed from a lot of trauma in my past, I feel like I am on the precipice of a new phase.

I feel that there are changes coming that are going to affect my work and what I bring to the world. I love doing the FEEL work with clients and am hoping to be able to expand and work on this more deeply this coming year. I also feel that I will be returning to creating artwork again after having quite a dry period for sometime. And I see my work with cooking and providing menus moving into a new phase as well, though I am still waiting to see what this looks like.

There is so much more I could say, and I will write again soon and share some diet changes I’ve been making that are starting to help ease a lot of my lingering symptoms. I also feel I am finally discovering the true cause of my issues after years of trying to figure out my health.

And thank you for reading if you made it this far on this post!

Although it seems cliche to say it because Thanksgiving is around the corner, I am grateful for every step of my journey the past three years. While I was brought to my knees in a lot of ways, my life wouldn’t look the way it does now if I had not been willing to walk through what felt like fire. I also know I could not have done this without the support of my therapist, the horses, my family and close friends and the undeniable force that lives within everything.

On that note, I wish you all blessings during this Thanksgiving!

Filed Under: My Healing Journey